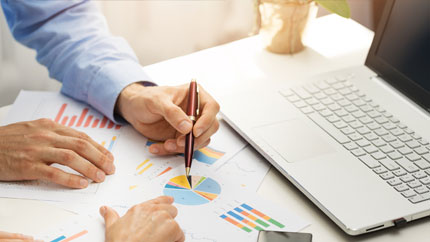 Exclusive extracts from this 90-page-long report:

While mobile services made up the biggest slice of telecom market value in 2018, their share is expected to shrink as pay-TV is expected to witness the fastest growth in the coming years due to increasing adoption of IP TV (Internet Protocol Television). However, an increasing portion of that demand is being captured by Over The Top (OTT) services such as Netflix and Amazon, reducing the revenue pie for telecom operators.

On a global basis, the telecommunications sector is fairly fragmented, with competition taking place at a regional level., despite players such as Vodafone or Telefonica conducting operations globally. That is why the report focuses on the European region. Consolidation is increasing on the continent, however, single markets remain quite consolidated at the national level, with three to five large providers in each country on average.

Competitive rivalry in the European telecom services sector is intense: lower barriers to entry enabled by legislation (market liberalisation) have led to increased pricing pressures. As emphasised by the steady decline in prices and industry revenue and profits, rising rivalry has put considerable strain on the finances of established players which were forced to compete more fiercely for users and adapt their business models (by launching secondary low-cost brands for example to better compete with MVNOs).